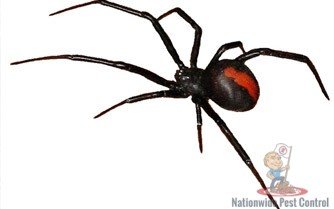 A defining characteristic of the stereotypical Australian life is sharing one’s living space with a large number of spiders.There are many different breeds of spider that live in and around Australian homes, eating insects, spinning webs and sometimes being both a worry and an inconvenience. Although the majority of spiders are fairly harmless, there are a few breeds that can appear around a home that can threaten its occupants.

A particular threat living around the Sydney area is the Sydney funnel-web spider, which are quite dangerous and should be handled professionally.

If you need spider control, Sydney, or spider removal, Sydney, then Nationwide Pest Control has the expertise and equipment needed to satisfy all your needs! 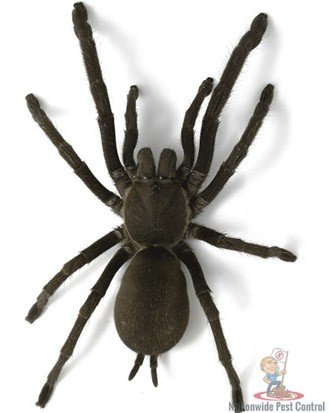 Spider are easily identified by their distinctive appearance; eight long, jointed legs on a segmented body, with fangs and too many eyes for comfort. However, there are such a large variety of spiders in the Australian environment (over 10,000 species) that if you do not immediately recognise a spider species, you may need professional help to find the problem.

Some of the most dangerous spiders do not carry distinctive markings on their bodies.

However, some spiders can be identified by the shape of their webs; funnel-web spiders, such as the Sydney funnel-web, make webs in the shape of funnels, as the name suggests. Orb-weaver spiders are similar.

When health risks related to spiders are considered, the first thought that comes to mind is of their bite. Most spiders are relatively harmless, biting only when threatened, and have bites that cause no more discomfort than an insect bite. However, residents of the Sydney area must watch out for Australia’s, and one of the world’s, most dangerous spiders; the Sydney funnel-web spider. Although like most spiders it will not bite unless threatened, but the bite of the Sydney funnel-web can be fatal to humans.

Anti-venom for their bites is available, but a bite from a Sydney funnel-web will likely result in at least a trip to the hospital for treatment.

Spiders around the home, though, can be quite inconvenient. Their webs are unsightly and can make it difficult to move about the home, and their generally unnerving appearance can put you and your family at edge simply by being in the room. Large populations of spiders should therefore be dealt with swiftly, to reduce the inconvenience and possible danger posed. 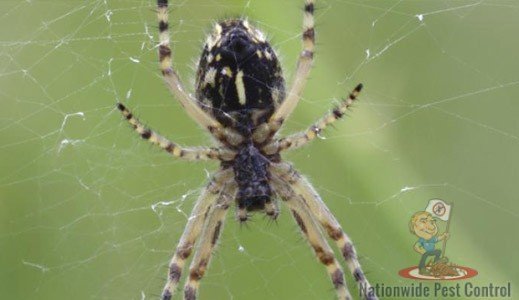 The simplest signs of spider infestation include high presence of webs and the spiders that make them. Spiders tend to like moist environments, so there may be many in your basement or shed, and some like to live in attics or closets.

Spiders can be a danger and inconvenience about the home, and in large numbers are not worth the risk to have around. For the best in spider control, Sydney, or spider removal, Sydney, call Nationwide Pest Control on 02 9546 7022, or contact us via our website for services with an 100% satisfaction guarantee!