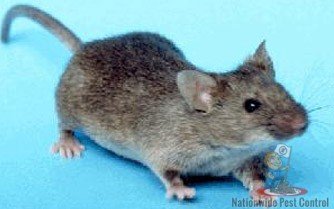 Like their similar counterparts, rats, mice have been pests for humanity for as long as we can remember, and exist on nearly every continent of the world. Although these rodents can appear somewhat cute and harmless, they are referred to as pests for a reason due to their potential to befoul any home they take residence in. Cities in particular, such as Sydney, provide mice with a large source of food and hiding places within a small area, and as such they can breed quite prolifically and quickly become an issue. If you need mice control, Sydney, or mice removal, Sydney, then Nationwide Pest Control is the best equipped and best qualified to provide the service you need!

Mice can be distinguished from rats by their size, with mice ranging from between 7cm-10cm in length in comparison to rats, which range from 16cm-20cm in length. The two most common species of mouse that are regarded as pests in Australia are the Field Mouse, which preys largely on sheds and farm buildings, and the House Mouse, which as the name suggests tend to live and look for food in households. The Field Mouse has a preferred diet of seeds from crops, as well as snails, insects and even fruits.

The House Mouse has a preferred diet of cereals, which are found in abundance within most residences. Mice are primarily nocturnal, and live in complex tunnel networks beneath the ground.

Mice can be a menace in the home, gnawing and scratching at walls (potentially causing unsightly damage) and eating any unsecured food, contaminating any leftovers. Worse still, when they move around they leave a trail of urine behind them, which has a strong and unpleasant scent that lingers for some time afterwards. Both of these inconveniences are compounded by the fact that mice breed prolifically, meaning that leaving a small group of mice unchecked could quickly result in a large amount of mice running around, contaminating your food and leaving urine trails and droppings all over your home.

The worst risk associated with mice is that they can carry a disease known as leptospirosis, which has the potential to be fatal.

Although occurrences are unlikely, the infection is passed through droppings, which considering the quick digestive cycle of a mouse will be left around the house in great numbers by groups of infected mice. 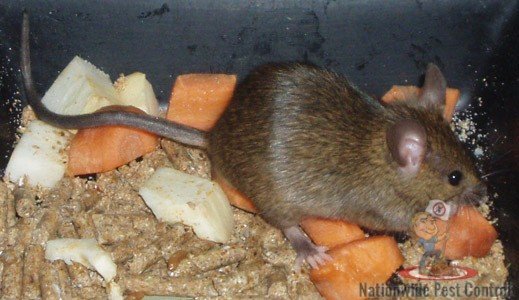 Finding live or dead mice is a clear indicator of mouse activity, alongside signs such as droppings, urine smell, grease streaks on walls and doors, tracks, nests or burrows and scratching noises, particularly at night.

If you have noticed these signs in your home, then it is best to handle the potential infestation quickly and efficiently due to its ability to expand rapidly. For mice control, Sydney, or mice removal, Sydney, that utilises the best equipment for completing the job safely and without fuss, call Nationwide Pest Control at 02 9546 7022, or contact us via our website.