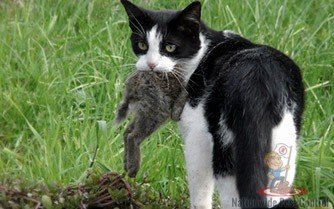 Feral cats are considered an invasive species in Australia, as they pose a large danger to the balance of many of our nation’s ecosystems. Feral cats are domesticated cats that have returned to the wild, or the offspring of such cats. They are distinguished from stray cats due to their attitude towards humans; stray cats are socialized, meaning that they are mostly comfortable around humans, whereas feral cats harbor a more wary and potentially aggressive attitude. Feral cats can be found in the wild as well as in urban environments such as cities, where they tend to take up residence in the warm places provided by the many homes in close proximity. If you are in need of feral cat control, Sydney, or feral cat removal, Sydney, Nationwide Pest Control can handle the problem in a safe and humane fashion.

Generally, feral cats do not look much different from their domesticated and stray counterparts. Their defining characteristics are in their behaviour. Domesticated and stray cats are socialized, meaning that they tolerate and perhaps enjoy the company of humans, whereas feral cats are not. This means that they will likely avoid human contact, and will not accept offers of food, drink and shelter unless very young.

Feral cats feed primarily on smaller animals, such as birds. In Australia, there are very few animals that will prey on feral cats, and as such they are an apex predator in many environments.

They have been responsible for the decline and extinction of a number of native species in Australia alone.

Feral cats can prey on native birds and animals around the home, which could result in leavings of bird remains around your garden, which is unsanitary and unsightly. They can also be aggressive is approached, so they can pose a danger for children and pets, who may not realise the danger.

Bites from feral cats can easily become infected, so preventing such a situation from happening is important.

Feral cats also pose an inconvenience in urban environments due to their communication methods. They communicate with other cats via loud yowling, which if done at night could potentially keep you and your family awake for many hours. 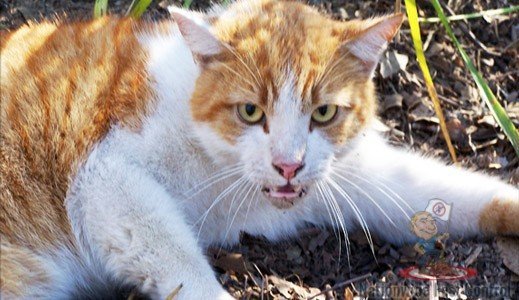 Feral cats will approach a home to find somewhere warm to sleep, but are not comfortable with the indoors. You may find feral cats sleeping beneath a porch or behind sheds, as well as in gardens. Other than spotting a feral cat, hearing their calls and finding remains of their meals can also be signs that feral cats are present in your neighbourhood.

Feral cats may be a potential health risk and inconvenience, but some can be rehabilitated and learnt to live in a home. If you need feral cat control, Sydney, or feral cat removal, Sydney, we at Nationwide Pest Control provide feral cat trapping services that are safe and humane. Any trapped cats will be taken to shelters, veterinary clinics or other animal carers. For professional and humane feral cat control and removal services, Sydney, call us on 02 9546 7022, or contact us via our website.