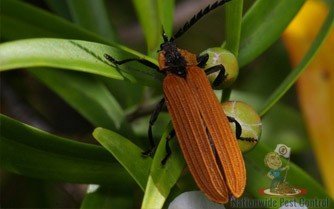 The name ‘beetle’ applies to one of the most widespread scientific families in the animal kingdom.

The order Coleoptera, to which beetles belong, contains more species than any other order and represents 25% of all known animal life-forms.

They also represent 40% of known insect species, so it is highly likely that there are a great many species of beetles living in and around your home. Although many species of beetle are relatively harmless, there are just as many that can cause a variety of inconveniences for a household. If you are having trouble with pest beetles and need beetle control, Sydney, or beetle removal, Sydney, then Nationwide Pest Control can provide for all of your pest control needs! 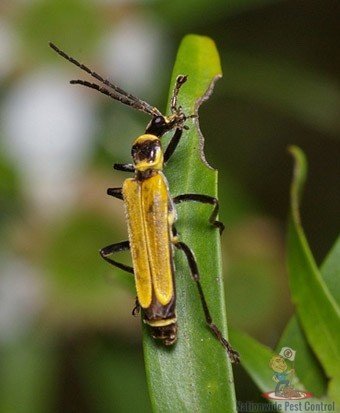 Beetles are a very diverse species, existing in almost all major habitat types throughout the world. They have also adapted to nearly every kind of diet, from organic debris to carrion, dung and fungi. There some common factors between beetle species, however. For example, beetles are armoured insects, meaning that all species of beetle have plated exoskeletons that provide for strong defence whilst maintaining flexibility. Beetles as a collective also have hard forewings and a particular body structure, containing the head, thorax and abdomen. There are various appendages that vary from species to species, but that body structure remains a constant.

Beetles do not drink blood or often deliver bites, meaning that there is little to no risk if disease transfer, as there is with some other insectoid pests. The main issues posed by beetles is through the variability of their diets.

Some species will attack your gardens, destroying your plants and lovingly planted vegetable gardens. Others, such as the flour beetle, the biscuit beetle and the cheese mite, will feed on food products within your home, such as flours and grains.

There are varieties of beetle, such as the powder post beetle, that feed on wooden products such as wooden supports and tool handles, causing expensive property damage. Others such as the carpet beetle eat, as their name suggests, carpets and other fabric products, which can be inconvenient and expensive to repair and replace. 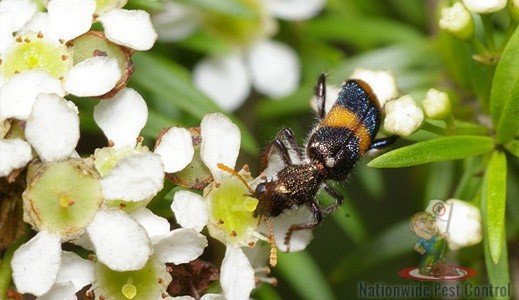 Other than spotting large numbers of particular species of beetle in and around your home, tell-tale signs of an increased presence of beetles in the home are damage to particular products, which in turn will assist you in identifying the beetle species you are dealing with.

Damage to fabrics, foods and plants each suggest different possibilities, and it is best to consult professionals to ensure that whatever species of beetle is troubling you, it is dealt with effectively.

If you have noticed any of these signs and require beetle control, Sydney, or beetle removal, Sydney, then we at Nationwide Pest Control have the expertise and equipment to identify your beetle problem and handle it in an environmentally friendly fashion, with no danger to your family or pets. To find out mote or enlist our services, call us on 02 9546 7022, or contact us via our website.