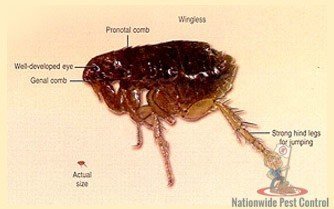 Fleas exist in great numbers all over the worldand thrive best in humid environments, so areas in Australia such as Queensland and New South Wales are likely to have a large flea population. There are around seven dozen species of flea in Australia, with the most common being cat fleas, dog fleas, rat fleas and stickfast fleas.

Fleas are parasitic in nature and feed on blood from hosts, and as such humid environments with high population density are perfect for flea population growth, and so residents in cities such as Sydney could be at risk.

If you find that you require flea control, Sydney, or flea removal, Sydney, then be sure to contact us at Nationwide Pest Control to handle all of your needs!

There are numerous characteristics of fleasthat make them resilient pests. One that separates them from other blood-sucking parasites is their enormous leap. A flea can leap up to twenty centimetres in the air despite their size, allowing them to attach themselves to hosts many orders of magnitude larger than they. Fleas also have keen senses designed to allow them to easily locate suitable, warm-blooded hosts. 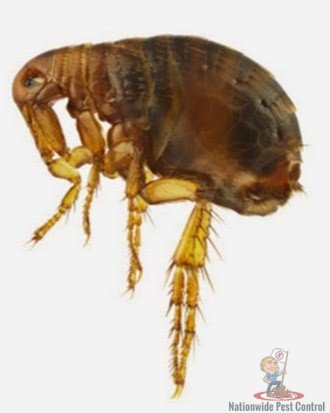 The body of a flea is tough, polished and able to withstand great pressure. It is also covered in hairs and spines which point backwards; these assist their movements throughout the hair or fur of a host.

Another characteristic of a flea that assists its resilience is its diet. Fleas feast on organic detritus, meaning that they can feed on dust and other organic debris, such as hair, left by potential hosts.

This means that in an unkempt house there is plenty for fleas to consume, and as such their population will quickly and easily grow.

Flea bites are well known to be extremely itchy, and if multiple flea bites are on a person’s body they may scratch at them to the point where they experience hair loss in the affected area. Flea bites that have been scratched and bled too many times have, in some extreme cases, resulted in anaemia.

However, beyond the effect of their bites, fleas can be a health risk due to their status as disease vectors, meaning that they can carry diseases that have been in the blood of a given host.

Fleas have the potential to pass on viral and bacterial diseases to a bitten individual and spread disease quickly to multiple hosts. 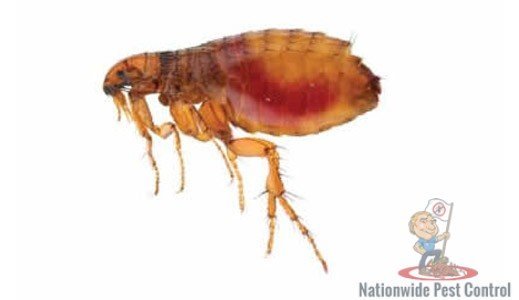 Although vacuuming and dusting regularly will assist in preventing fleas from becoming prevalent in the home, once a colony is established it is not enough to get rid of them. If you find you need flea control, Sydney, or flea removal, Sydney, then contact Nationwide Pest Control on 02 9546 7022, or via our website. We have the experience and the equipment to do a thorough and efficient flea removal or control procedure using environmentally friendly processes, and we guarantee 100% satisfaction.